Big doin's in the world of The Canyon Kid! 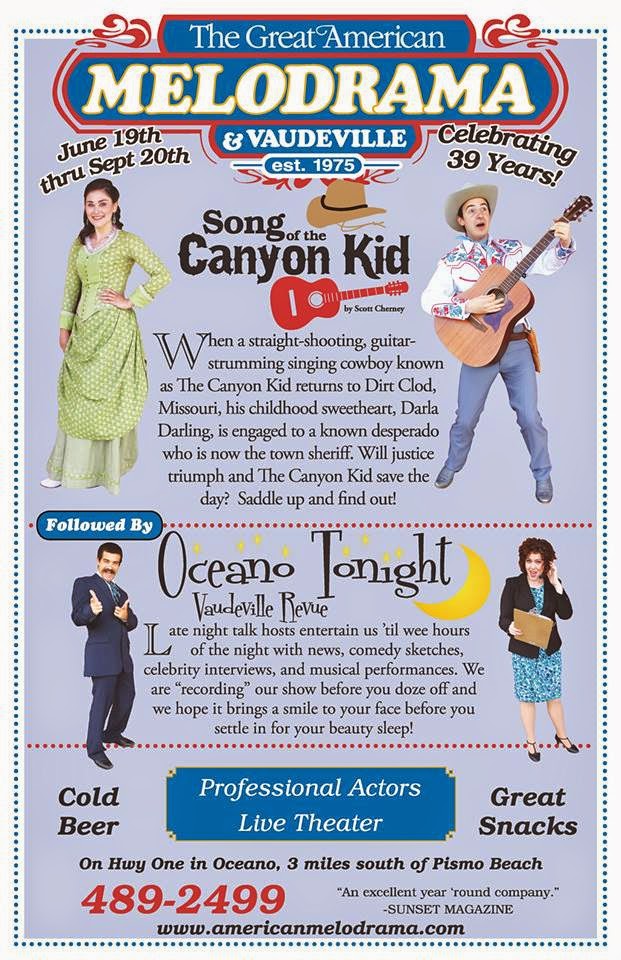 On June 19, The Great American Melodrama & Vaudeville in Oceano, CA presents SONG OF THE CANYON KID (aka SONG OF THE LONE PRAIRIE) written by yours truly. This is the first production of this western comedy melodrama since its 1987 world premiere at the legendary Pollardville Palace Showboat Theater in Stockton, which I also directed. This particular show will run all summer long until September 20.


THE GREAT AMERICAN MELODRAMA and VAUDEVILLE

On August 29, the Footlight Theatre Company stages its own production of the same play under its original title in conjunction the Hurst Ranch in Jamestown, CA. It involves a train ride, BBQ, live band and sounds 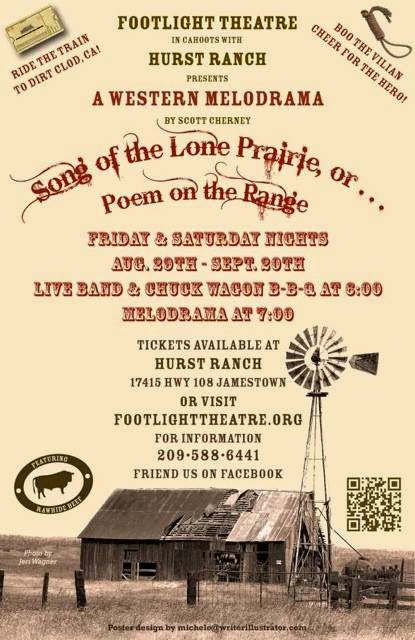 like quite the event. This prod closes the same night as the other-September 20.

FOOTLIGHT THEATRE CO. ON FACEBOOK
So what the fun is it-SONG OF THE CANYON KID or LONE PRAIRIE? Well, when I was working on the novelization, I always meant to change the title for the book. When Great American contacted me, they asked to change it to TALES OF...but I balked and suggested the other. They went ahead and added it to their 2014 line-up, though they added an S to their promotional brochure calling it SONGS. Sigh. After the summer shows, the play title will be SONG OF THE CANYON KID. Stay tuned. Or not. 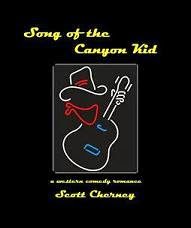 But the BOOK is now and always will be SONG OF THE CANYON KID..Yeah,  a real, honest to God BOOK that you hold in your hands, flip the pages, throw at your loved ones and what not. This fine tome is available on Amazon in paperback and Kindle versions.

SONG OF THE CANYON KID ON AMAZON

So all in all, it is indeed the summer of the Canyon Kid. It's been a long time coming, but from the dude who created these characters many moons ago in a wondrous land called Pollardville, I believe that the time for the straight-shootin', guitar strummin' cowboy has finally come.