Tales from the Ville

Once upon a time, in the deep recesses of my memories...

There was a land known as Pollardville. To me, it was like Brigadoon, that mystical Scottish village that materialized out of the mist for only one day every one hundred years. The Ville, as many of us so dubbed it, appeared every weekend to take us away from our otherwise humdrum lives to a magical world where fantasy became our reality and we all shined on like the moon, the stars and the sun. This was a version of professional show biz and it was like no biz I know. 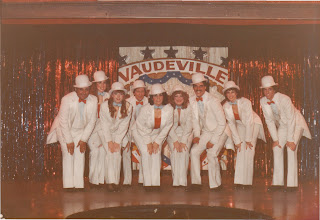 The Ville was comprised of the Chicken Kitchen
The Ville consisted of  the fried chicken eatery called the Chicken Kitchen, the Ghost Town western theme park and the Palace Showboat Theater. Of the first, I can only claim to be a patron, but of the other two, I had a deeply personal involvement as a performer/writer/director in the gunfight skits in the former and melodrama/vaudeville productions on the stage of the latter. To be honest, many of the posts I wrote are glossed over with the furniture polish of nostalgia. Sometimes it gets a little down and dirty because, after all, that's life, folks. These are my recollections of what transpired back then. They are the truth, the whole truth and nothing but the truth,as I know them. Then again, my version of the truth may vary. Whadda ya gonna do?

Here are links to these various posts that I have coined: TALES FROM THE VILLE. 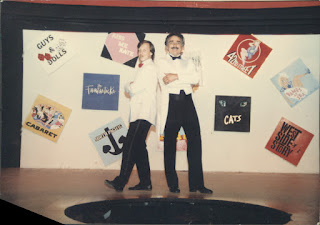 WHO DO THE VOODOO?

IT'S ALL TRUE, LARUE

And finally...
A Christmas Tale from the Ville

ELFIS HAS LEFT THE BUILDING