Sunset on the Lone Prairie 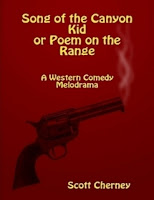 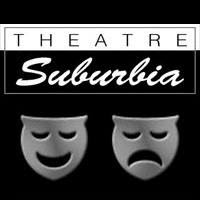 This here proclamation o' mine  also arrives just in the nick of time for the next (and last for 2016) production of SOTCK begins July 22 and running through August 27 at Theatre Suburbia in Houston, Texas as what they charmingly refer to as their annual Summer "Mellerdrammer".

THEATRE SUBURBIA WEBSITE
That will make five productions in the past three years. Not bad for a nearly 30 year old property, even though it was almost three decades between the first and second staging of said "classic".

I've chronicled the creation of this script in previous posts, most notably THE CANYON KID RIDES AGAIN,  And quite frankly, it;s been very good for me. It's my best melodrama script and I am completely floored, flattered and absolutely flabbergasted by its success, something I will never take lightly..

But after the 2014 show at the Great American Melodrama and Vaudeville in Oceano where it was named SONG OF THE CANYON KID  for the first time, I wanted to make it a permanent change. I drug my feet because there were theaters that I had submitted the script under its original name and since they has already announce for their seasons, I didn't feel I could change it until after those made their final curtains.

Now I can, have and did. THE LONE PRAIRIE now rides into the sunset. Adios, old friend. Vaya con dios.

To obtain a copy of the script for SONG OF THE CANYON KID in paperback or download, please visit my store.
SCOTT CHERNEY'S STOREFRONT.
You can also find the novelization of said script there as well, not to mention e-books available at
AMAZON, NOOK, I-TUNES and KOBO.

For information about stage rights for SONG OF THE CANYON KID, drop me a line at:
writtenbysc@gmail.com.

Posted by Scott Cherney at 9:07 AM