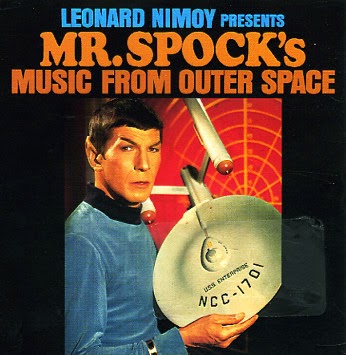 Leonard Nimoy's passing reminded us all the indelible mark STAR TREK has made on the world. The message of hope and compassion in Gene Roddenberry's creation has contributed to its legacy, especially when delivered by Nimoy as the iconic character of Mr. Spock. This Vulcan entered the immortal realm of modern folklore, a tribute to the actor who portrayed him, a man who conducted his own life with both style and grace.

For me, the death of Leonard Nimoy presented a separate issue.

I have been immersed in penning another murder mystery script, not unlike last year's THE PERILS OF FRANCOIS, which debuted last summer for the Mel O'Drama Theater company in Nashville. This time around, unlike FRANCOIS' pre-fabricated concept, I started from scratch with an idea I've been kicking around for a couple of years. The setting is a comic book convention that features a salute to a parody of STAR TREK. The basic premise is that the William Shatner character is the murder victim.

One of the prime suspects was inspired by Leonard Nimoy and most certainly Mr. Spock. Since the cast size is extremely limited due to a stipulation with the producer, this character was the most likely choice for inclusion besides Capt. Kirk. The difference between my guy and the real deal was that my take on Spock/Nimoy is that he's basically a dick. I envisioned him to a jealous, spiteful sonuvabitch who would like nothing more than put Shatner/Kirk down for the count. In fact, I had been struggling with the ending when I settled on Spocknoy himself.

I had a deadline to meet. This script was originally set for last week, but since it had been postponed, I stuck it on the back burner for far too long. Ramping up again, I tried to complete it back year's end without success. And I had been put in the rareified position of having my show accepted sight unseen, so I had more than an obligation to finish it. I had an actual commitment with a director attached. So, I pushed it back to the end of February, one year to the day that I delivered FRANCOIS. 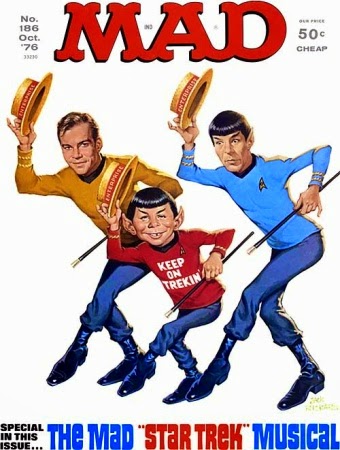 But as I raced toward the finish line, the first reports came over the wire about Nimoy being admitted to the hospital with chest pains. It didn't look good for him, especially with his previous history and his age of 83. I persevered on the script anyway, not out of insensitivity but more out of inevitability. Regardless of the outcome, I had to wrap this up in a timely matter.

Within a few pages away from the Big Reveal when the designated killer turned out to be.... Leonard Nimoy passed away. The world mourned. I had a sudden burst of conscience. Or rather, my half-conscious conscience woke up and smelled the Romulan ale. I stopped what I was doing and took a much-needed breath.

Selfishly, I thought about how this would affect me and more immediately, my script. I still had to complete my project, but now the possibility of Nimoy's imminent demise became a stark reality. Can I really go ahead and make fun of a beloved and recently deceased figure, even if it had no basis in truth?

Death has a way of spoiling the party. Tragedy plus time equals comedy, as the theoretical math equation states, but how much time? Do the wounds ever heal and if so, what about the scars they carry? 9/11 put the kibosh on everything for years and fourteen years hence, still gives us pause at its very mention in less than reverential terms, prompting the outcry of "Too soon!"

My friend Tom Amo, author of MIDNIGHT NEVER ENDS and FOREVER ME, recalled when he used to write and direct British farces at his theater in Stockton, California:

I started to  worry. Every time I wrote a celebrity reference in one of my plays, they died! Tammy Wynette in BOB'S YOUR AUNTIE....Ann Landers on opening night of BABY I'M YOURS...The other one really hit home was when we were doing RUN FOR YOUR WIFE at Smiler's (Comedy Playhouse), Princess Diana was killed. We had a matinee the following Sunday. It didn't hit us until we had a scene where the paparazzi breaks into the flat to get the photos...and suddenly there was silence from the audience....and you go, "Holy crap...this isn't funny right now. Yeow." 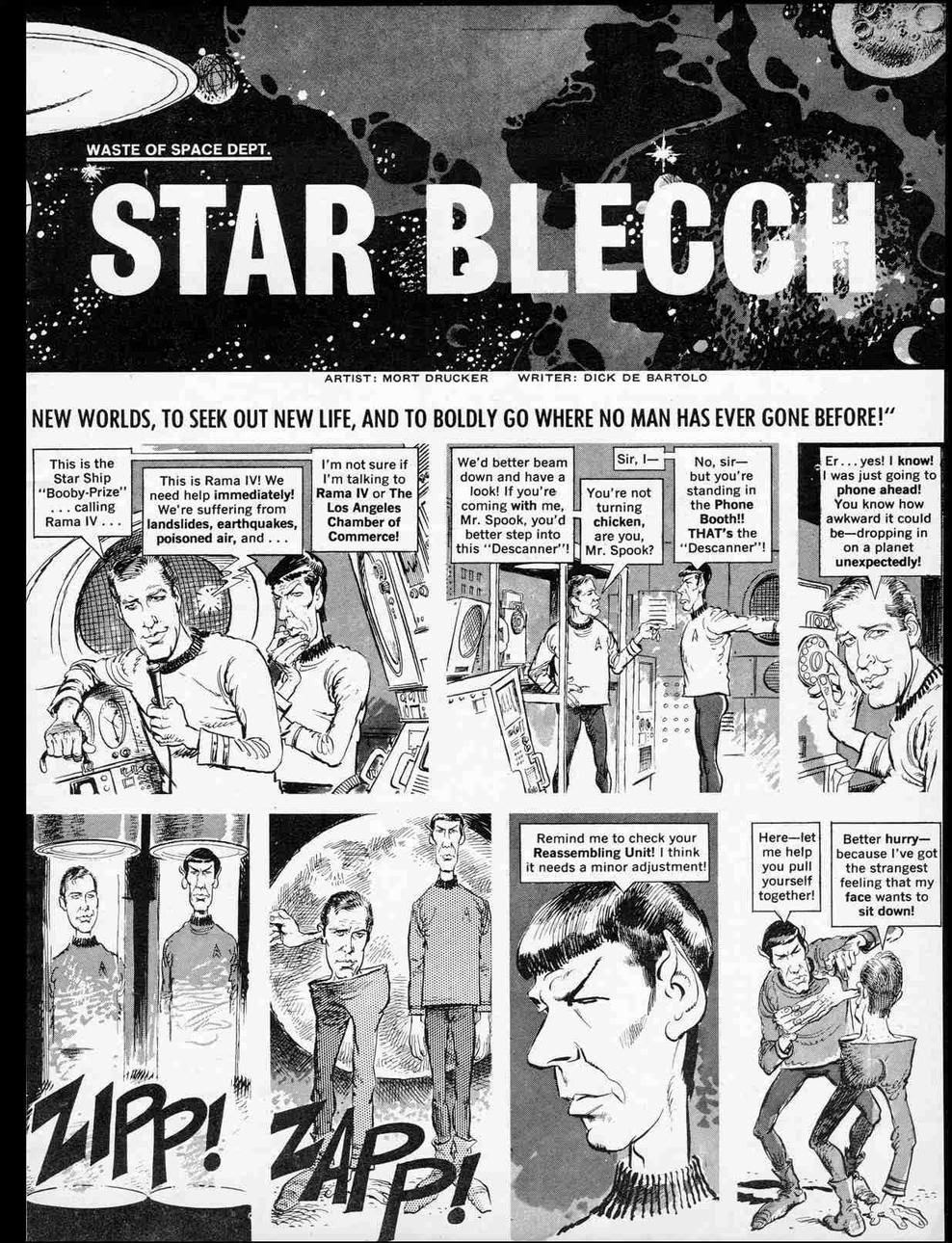 So I ended up rewriting the ending. Spocknoy was no longer the killer. It turned out to be the right thing to do. Was it out of respect? I suppose it was initially, but creatively it actually made more sense. It made everything flow together to a more satisfactory conclusion. He's still an insufferable bastard for the most part, but I gave him touch of redemption by show's end. And I met my deadline (no pun intended).

In all fairness, I can only admit to being a fleeting original cast STAR TREK fan ( actually more of a NEXT GEN-ner). However, I believe that Nimoy's lofty place in geek history is well-deserved. I leave the platitudes to those who could do so more honestly and definitely more eloquently than the poseur who's typing these words. I will attest that his passing and the love that poured out from his many admirers moved me enough to want to want something that he actually inspired in me that much better. And in the end, Leonard Nimoy will be remembered long after my silly little parody has come and gone and that's how it should be.

As Paul McCartney once sang:
Ob-la-di Ob-la-da
And don't forget to prosper.

Posted by Scott Cherney at 3:17 PM