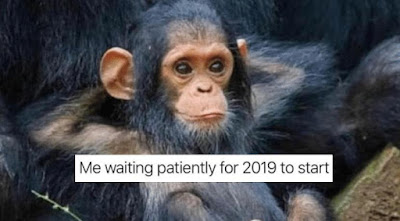 2018 will go down as...another year. There were extreme highs and severe lows, much like any other
and time marches on like an endless parade with rapidly deflating balloons and floats that have seen better days than this one. But since we have to leave some kind of mark on the world, I'll give you a few of the better things that I experienced this year, pop culture-wise, my field of expertise that needs some serious weeding. You want the bad stuff? Look elsewhere. Try Facebook. You'll have a field day.

As always, keep in mind that these are my favorites things that I encountered in 2018, not necessarily that were released this year.

SHAPE OF WATER
Guillermo del Toro's Oscar winning film won my heart over as no other did, a perfect birthday present to myself.  See blog post

DUNKIRK
Christopher Nolan's masterful WW II epic confirmed him as one of the finest filmmakers of this generation.

ISLE OF DOGS
Do I have any "Best..." of lists that don't include Wes Anderson? Uh-uh.

THE BALLAD OF BUSTER SCRUGGS
The same can be said of the Coen Bros. And it is.

THE OTHER SIDE OF THE WIND
Orson Welles' final film, finished by other hands, finally arrived after a 40 year wait, filled to the brim with brilliance and pretension, at times infuriatingly annoying, often jaw-droppingly fabulous. After another viewing, which some might consider an endurance test, I'll have more to say, but for now, I can only bow in respect. Catch the companion documentary THEY'LL LOVE ME WHEN I'M DEAD on Netflix as well. 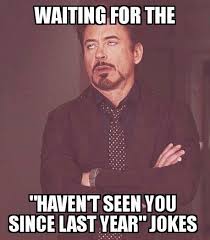 TV
THE HAUNTING OF HILL HOUSE, BABYLON BERLIN and TABULA RASA
Three on Netflix top my list of faves. HILL HOUSE is probably the best ghost story ever committed to the small screen (well done, Mike Flanagan). BERLIN is a brilliant German series set in the days between the World Wars while RASA is another one of them ferrin' shows, this time from Belgium that I fell head over heels in love with. See blog post
.
THE AMERICANS
Ending on such a terrific note, a case study on how to wrap up a series

THE TERROR and LODGE 49
Two swell AMC shows, one a 19th century thriller set in search of the Northwest Passage and the other, almost a prequel to THE BIG LEBOWSKI

Grant Lee Phillips's WIDDERSHINS has to be my favorite album of the year, particularly the song "The Wilderness" while the best tune of the year had to be Nathaniel Ratecliff's haunting melancholic
"You Worry Me" moved me like none other.

THE TWELVE LIVES OF SAMUEL HAWLEY By Hannah Tinti
Many books I read this year dealt with parental issues for some reason, this one standing out from all the rest

THE AVIATORS by Winston Groom
From the author of FORREST GUMP, of all books, comes this superb telling of Charles Lindbergh, Jimmy Doolittle and Eddie Rickenbacker

ROBIN by Dave Itzkoff
I finished this soon after the death of Anthony Bourdain, a suicide that hit me as close to home as Robin Williams' did as few years before. Maybe that has something to do with my admiration of this book, but mostly because Itzkoff found a way to tell Robin's tale with all the warts exposed and with the respect he deserved. So that's the good stuff I exposed myself to (careful...) while there was many others moments to cherish in 2018. First and foremost, the birth of my little warrior granddaughter Athena came into the world to claim it as her own. While I only had two of my plays produced this year, they landed on the same weekend, something else I toasted in celebration. I began work in earnest on a long-gestating novel of which I'm still putting together.

I lost a good lifelong friend in Glen Chin, a man whose heart and spirit were as huge as his talent and damn near lost another, giving me that feeling of mortality that keeps rearing its head as the clock continues to tick, tick, tick. Has this given a new perspective on the world? No. But if stop being selfish enough to realize that there's more to life outside of my narrow vision, I might just get out of this, certainly not alive, but with enough hope left behind for those I truly care about. Their numbers rise and lower with the tides...and so do I.

Cryptic comments for the end of 2018. Bring on the last year of new century teens.

Posted by Scott Cherney at 2:25 PM

Email ThisBlogThis!Share to TwitterShare to FacebookShare to Pinterest
Labels: plays, theater, film, TV, melodrama 2018, Ballad of Buster Scruggs, Dunkirk, Grant-Lee Phillips, Isle of Dogs, Nathaniel Ratecliff, Netflix, The Other Side of the Wind, The Shape of Water