Jeff Dies at the End 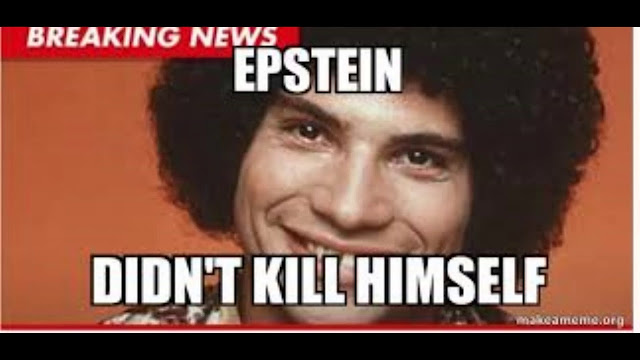 Yeah, yeah, yeah. Tis the season to be jolly and all that stuff, but hey, life goes on. Well, not in this case...

Since Time Magazine hasn't announced who their Person of the Year for 2019 will be,  I hereby nominate the only and only...

Don't light those torches just yet. And you with the pitchforks, put them down. Where the hell did you get those in this day and age...some hipster hardware store?

Obviously, we are a nation divided by one thing or the other and everything at once. The impeachment hearings have one side crying "Foul!" while the others are salivating at each juicy morsel and the rest are, well, trying to get by as usual. Day in and day out, we're screaming at each other indignantly and sticking to our guns (literally) no matter how insipid or misguided our collective ideologies may be and who wants to listen to what the other has to say about anything because I'm right and you're wrong and don't you forget it.

However, there is one man who has brought us altogether...the despicable piece of shit and noted pedophile sex trafficker, the late Jeffrey Epstein.

I can't think of a single human being on this planet who is mourning the death of Scumbag Numero Uno, at least not anyone who would dare voice it in public. We all pretty much rejoice in his demise. In fact, that day may be celebrated as a national holiday as soon as next year. Not only are we united in the hatred for Jeffy Whip, but we are almost unanimous in the belief that...yes, I'm going say it....

We all wanted to see this slimebucket pay for his crimes and those in his inner and outer circles tried for theirs as well. Now that he's in the past tense means what? Case closed? All of us should rise and demand some sort of truth because, no matter that the son of a bitch is DOA, justice has not been served.

But we won't. We'll make or share clever memes that he didn't kill himself and chuckle sardonically, something else we all have in common. (Guilty) That where it ends because, let's face it, gang, we all love a whodunit and once the speculation began, the divide began to widen again because we think we know who's behind it all.

And why not? we all have photos at our disposal. Hey, there's Epstein with Trump! Yeah, I raise you with a shot of Jeff with Bill Clinton! Hillary did it! Hell no, it was the Royals! Ask Prince Andrew.. hold on a sec... where did he go after that interview? The Palace gave him the boot, eh? Where's he going to live? The Tower of London is vacant, isn't it? Leave us not forget all the misinformation out there. How can we when it 's all at the click of your finger.? Be sure to use your middle finger most of all. It's more symbolic that way.

But who wants to hear the truth if it goes against the narrative they want to adhere to? The Epstein case is far-reaching and undoubtedly involves members from all sides. Then as soon as the first name from the perceived "Dark Side" appears, we'll declare victory, punctuated with a big "Aha! I told you so!" and that will be that. We'll only believe what we want to and poo-poo the rest since that's what we do now. We will never get to the bottom of this at this rate. Why can't we at least crack the surface and see how far this goes? Don't we owe anything to the victims, not just of the past but those in the future that are inevitable since no one, beside of a couple of jail guard schmucks who look like the only two who will take the fall? Sure hope they don't die in jail. 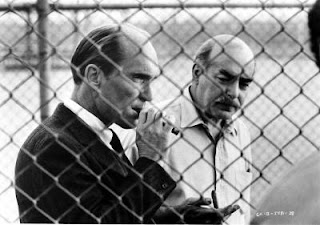 Here's another thought: What if he really did kill himself? Taking a page from The Godfather Part II, Perhaps a lawyer or consigliere ala Tom Hagen got to Epstein and convinced him to do himself in like Frank Pentangeli, that way, he could keep his fortune and his family would be taken of. Nah. That's too far-fetched.

Besides it's not justice. That's more important that any ideology, isn't it? Take off your blinders and look at the big picture. unless, of course, your tunnelvision has now become irreversible. Enjoy your life as part of a Human Centipede, be you red, be you blue or whatever you are, enjoy the view.

Let us now take a moment of silence and remember the man who brought us all together as a nation for the first time in almost two decades.

Can't ask Epstein himself. His time ran out.

May he burn in hell over an eternal flame.

Posted by Scott Cherney at 2:11 PM