I Know What I Did This Summer

The change of the seasons is almost like the changing of the guard as we transition, with a vengeance 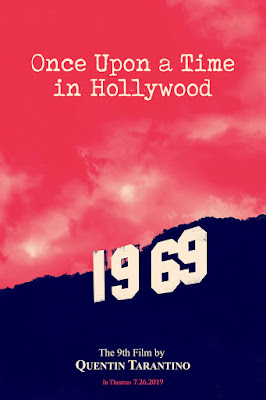 here in the Pacific Northwest, from summer to fall. I have a fondness for autumn, especially since my life has lined up with it, giving a last of gasp of mortality before turning into the dead of winter. (That's a cheery goddamn thought, isn't it?)  Fall equinox is a death knell! Huzzah!

The summer of '19 had its ups and downs, the former making in the the final throes of August which suited me just fine. It gave me something to look forward to as opposed to peaking too early. (Insert your joke here) Going out with a bang (watch it) leaves more a lasting impression especially since my memory has begun to buffer on a regular basis. Lately I find myself lost in the wilderness searching for the right word only to realize I'm headed in the wrong direction, a scary experience for someone who considers himself a writer.  I become obsessed over it to the point of pure stagnation.The other day, I found I couldn't recall the word "accountability", though, it wasn't really my fault.

I managed to treat myself to a trip to an honest to goodness cinema to catch the only movie I gave two craps about this summer, ONCE UPON A TIME IN HOLLYWOOD. I've told others that there are films I feel were made especially for me and this certainly fits the bill.  Because I am becoming more and more jaded over time thanks to the deluge of, well, everything, i almost took a pass on this, actually believing I would end up disappointed and more pissed off the world than I already am. Had the great Tarantino lost his touch? His previous messterpiece, THE HATEFUL EIGHT, seemed to lean in that direction, so in love with his own voice that he couldn't hear anything else like an objective criticism. I almost didn't make it through that one and was actually sorry I did. So when this film was announced, it seemed that QT might be in an endless meta-loop of nostalgia and no substance except a bauble here and a bauble there.

I was wrong. Sorry. Let me emphasize that point.

I WAS FUCKING WRONG!

Tarantino's wacky, revisionist Valentine to Hollywood and the Stars is undoubtedly his most heartfelt work, a film pulled right out of his bone marrow. Over indulgent, almost blissfully so, ONCE UPON A TIME is all over the place and laser focused at the same time. As someone who gets probably 98% of the references contained within, I didn't mind the construct of this movie and in fact, reveled in it because this is my wheelhouse as well as Quentin's. His vision of 1969 Hollywood is fact and fiction, not fighting each other, but teamed up like Leonardo DiCaprio's Rick Dalton and Brad Pitt's Cliff Booth, in the best buddy movie tradition. When it all culminates in a uber-violent slapstick melee, transitioning into a fairy tale happy ending no one has thought possible, Tarantino made me a believer again, making ONCE UPON A TIME IN HOLLYWOOD something I will revisit and relish again and definitely again.

Because watching a film in an actual cinema is normally the biggest event of my pathetic life, I am pleased as punch to tell you that it didn't make the top spot this year. For a change, we took a much needed and appreciated trip to the Oregon coast for a few days, thanks to the overly generous and loving efforts of our family to celebrate my wife's landmark birthday. Nestled in the warming embrace of this family reunion, these few days in the sweet little coastal town of Lincoln City felt like two weeks and gave us a renewed lease on life without raising the rent. When the foundation of such an event is built on pure love, one only had to submit and soak in the joy. 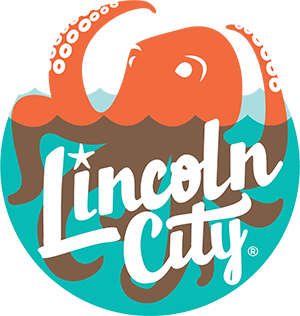 There were a few defining moments. For myself, as I gazed longingly at the surf while standing on the beach that lay right across the street, a realization hit me in the noggin like a misdirected seagull. Where the hell have I been? I love the goddamn beach, ocean, sand, the whole megillah. Why have I denied this pleasure to myself when it is only a little over an hour away from where I love? Because I'm a dope. When I first arrived in Oregon twenty years, we took a trip to Seaside and I remarked in the snottiest of all snotty tones, "Well, it's not like California. The waves don't crash and the surf is constant. It's just white noise." Guess what, idiot? You don't live in California. You live here.  So what if it's different? Who are you-Sheldon Cooper? This ridiculous stipulation has kept me from enjoying life as I should. I've visited quite a few times since that first trip, but not often enough and certainly not in the last five years. What a jerk. It was quite refreshing to pull my head out of my ass at that moment. The view's better.

The main takeaway was the cluster of grandchildren, basking in their youth and exuberance as only youth can> The one year old, Athena, our fiercely adorable warrior child, sitting in her high child, lording over us all. At one point I fed her a small piece of naan bread and she returned the gesture, feeding me as well. That was an eye-soaker, that's for sure. The two older cousins, Sebastian the Eldest and Aefa the Brave, were inseparable from the moment they saw each other again. On our last evening, we lit a fire on the beach. The two of them walked toward the surf at sunset, hand in hand, an image forever chronicled by Aefa's paparazzi papa. These darn kids made me understand that maybe we're not headed into the abyss after all. We may strive, but we're going to thrive. The future looks bright in their hands, held tightly to one another as they headed down the beach.

Saying goodbye the next day was difficult, but inevitable. Lots of hugs and kisses and platitudes of gratitude until we all went our separate ways, the end of an incredible time with the best people I know or ever will know.

After they pulled away, I hopped into our VW Beetle and started the engine...or did I? Nope. The check engine light came on and here we were, the last to leave and now stuck.

No. Not this time. I tried the ignition again and it turned over. Yes, the CE light stared me in the face, but I took a chance and took us home. It turned out to be minor, however nerve-wracking. It's called life, pal. For a change, I rolled with this punch that, fortunately, turned out to be merely a glancing blow.

If I get out of my way, maybe I can grab life by the hand and walk into the sunset. And that's what I intend to do.

Posted by Scott Cherney at 2:21 PM